Helping out the little guy

John Howerter has never spent a dime on advertising for his small earth-moving company. Owner and operator of Howerter Bulldozing, he lives outside his hometown of Smithfield, Illinois. Population? 250 (which means everybody knows everybody). When Howerter is looking for new jobs, he doesn’t take out an advertisement. He simply sits down for lunch at a local café.

After dining with Howerter Bulldozing customers, Howerter usually walks out the door with a full stomach and a heavier workload. It’s business, small-town style — and he wouldn’t want it any other way.

“A lot of guys said I should go off to Peoria (Ill.) and get on big construction jobs, but I always just wanted to work next door, for my neighbor,” said Howerter.

“I like repeat customers. When I leave a job, I want to know they’ll be coming to us when they need something done again.”

“Our truck is pretty much a shop on wheels,” said Howerter.

With six pieces of equipment, three employees and a modest area of operation, Howerter Bulldozing might not seem like a company that would need a robust mechanics truck. However, a closer look at the business reveals how the right mechanics truck can benefit any contractor, regardless of size.

Truck minimizes trips back to shop

John Howerter’s résumé featured firewood-cutting and well-drilling when he bought a bulldozer from his brother in the late 1990s. Howerter Bulldozing was born, and the company has grown to John and two full-time employees serving customers within an approximate 30-mile radius of Smithfield, roughly 50 miles west of Peoria.

Howerter used to rely on a pickup truck and his local equipment dealer to keep the company’s fleet up and running. The recent addition of full-time employees gave him the flexibility to take a more do-it-yourself approach to maintaining the bulldozers, excavators and skid steer. 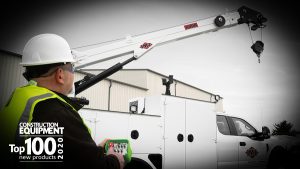 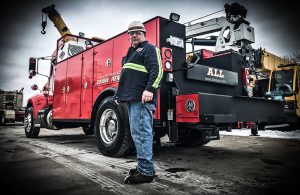 This is What Unstoppable Looks Like: ALL Erection and Crane Rental